New EV charging hubs are now either completed or nearing completion at Dundee’s three main multi-storey car parks: Green Market, Olympia and Gellatly Street. Once all are completed, the three multi-storey hubs will double the number of charge points available in the city. The sites have been chosen to encourage commuters to charge during the day and residents of the nearby homes to charge their EV at night.

When the last of three charging hubs is open, they will collectively provide an extra 60 charge point connections across the city. As more than 50% of the population don’t have a driveway or off-street parking to enable EV charging, this development will allow those households to consider an EV as a feasible choice in the future. The Multi-storey EV charging hubs project was awarded funding as part of the Low Carbon Travel and Transport Challenge Fund established by Transport Scotland from funds awarded under European Regional Development Fund 2014-2020 programme and Transport Scotland funding to support an increased proportion on ultra-low emission vehicles on Scotland’s roads.

The uptake of electric vehicles is being supported by a number of other programmes, delivered by Energy Saving Trust and funded by Transport Scotland, including interest-free loans to purchase electric vehicles. Further information at https://energysavingtrust.org.uk/scotland/grants-loans/electric-vehicle-loan 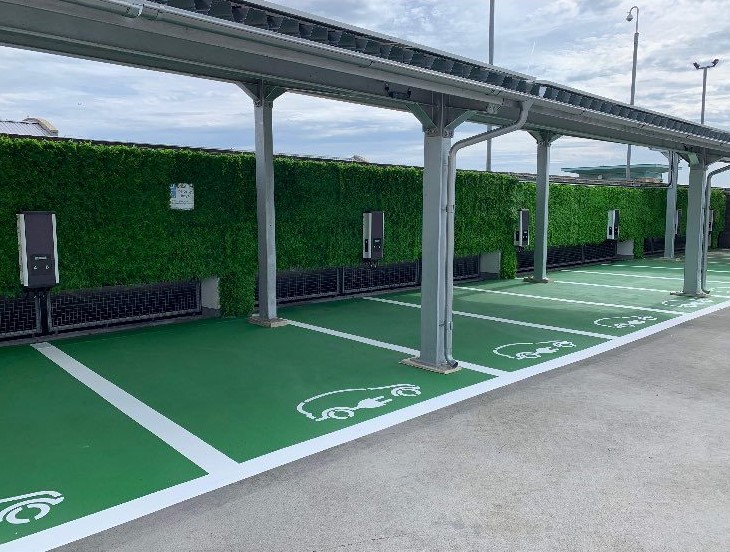 This is the first of three multistory hubs built in Dundee. The hub, which is situated at the top level of Greenmarket multi-storey car park, has 20 charging bays, with 7kw chargers, as well as solar canopies across the bays which provide up to 41kw of energy.

The hub also has an innovative battery storage system, so power created by the solar panels can be saved and used at a later time. The hub also uses a central system to control the charging points, an innovative development that is cheaper to manufacture and add to when necessary.

It also boasts dynamic load management, which shifts supply of energy depending how many vehicles are charging. 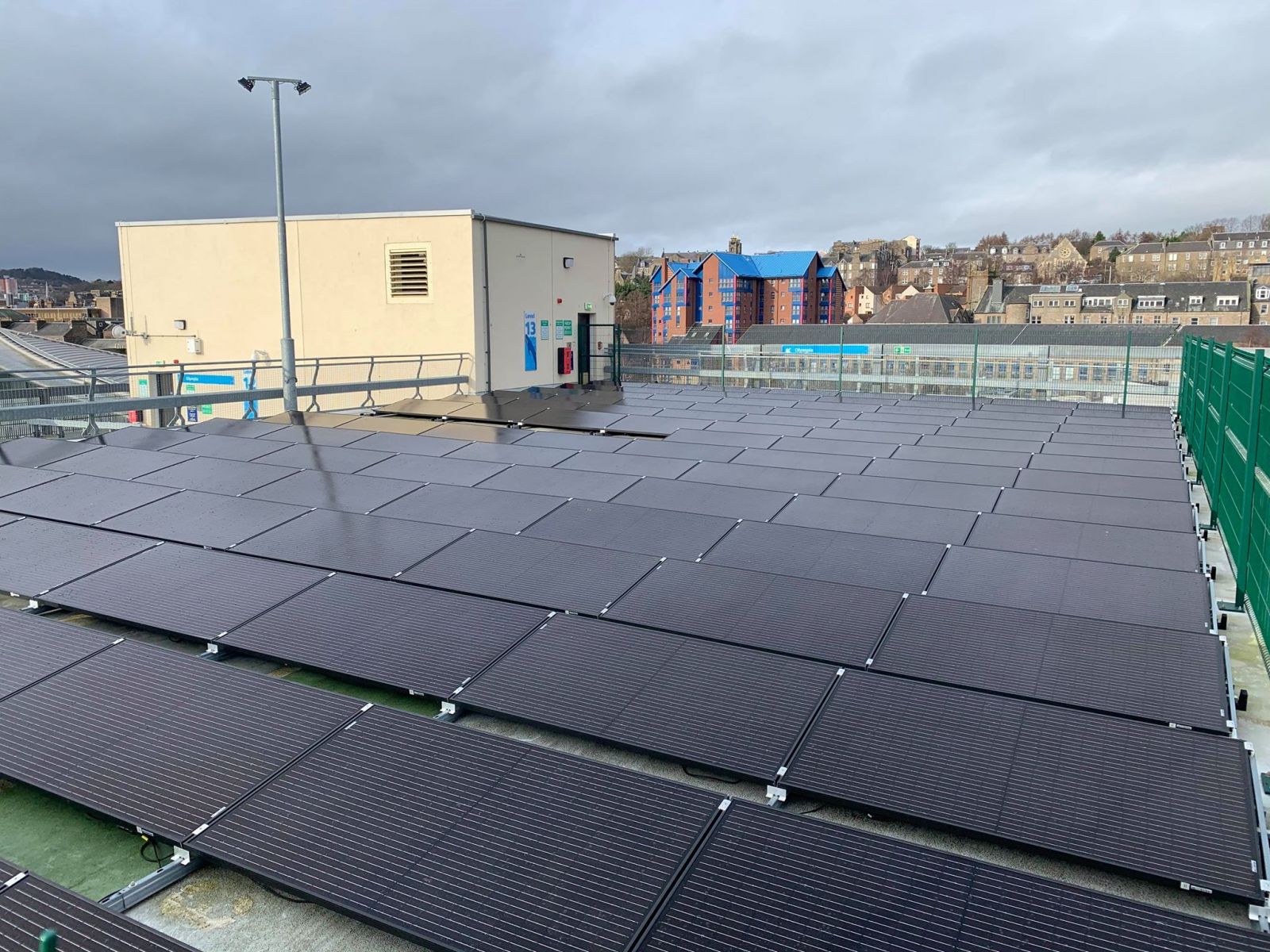 The hub is situated at the top level of the Olympia multi-storey car park, has 20 bays and 10 7kw chargers, all powered by solar array.

Gellatly Street opened to the public in February 2022.

“Electric taxis always surprise our customers with how quiet they are. The switch from fuel to electricity has saved us thousands – and it’s clean too!”

Dundee City Council have 175 electric vehicles (and counting) in their fleet, the biggest of any UK local authority.

“The excellent charging infrastructure in Dundee makes running an electric car very easy. I often plug in to one of the chargers in town, pop to the shops and my Nissan Leaf is fully charged by the time I’m done. I can’t wait to use the charging hubs that are planned across the city. The ability to park for free in the Dundee City Council car parks because my car has zero emissions is an added bonus.”

“We are now using an electric car since 2012 and will not go back to a petrol car. The drive is smooth, responsive and quiet. With Dundee getting better and better with chargers on several places, free parking in Council car parks what’s not to like. The car has saved us money compared to the ford Ka we had before, with currently over 90.000 Miles you can’t tell us it’s not used. Looking forward to the new charging hubs in Dundee.”

“EVs are over 60% cheaper to refuel than modern petrol and diesel cars and have only 1% of the moving components, so they’re really reliable. There are EVs that have clocked up over 174,000 miles in three years and only needed a ball bearing replaced.  Switching to an EV from a 70mpg hybrid and charging it at home has saved me £500 per year on fuel and maintenance alone – double that if I only use Dundee’s free public charge points!”

“Our two electric vans have completely transformed our business. Not only have they helped reduced our running costs, but they are much better for the environment and work well with the stop start style of driving that we do on our free pick-up and delivery service. The move over to electric vehicles has been extremely easy due to the excellent facilities for charging in the local Dundee area. We are even considering adding a third electric vehicle to our fleet.”